We now live in a world where anything is possible thanks to technology developed by brilliant programmers. If you are a programmer or do coding, you may have been inspired or influenced by some of the legendary programmers and aware of their exceptional work.

These programmers are pioneers in their fields, each bringing something to the table that has fundamentally altered how people access information and media. So, without further ado, here are the best computer programmers in the world of all time.

Who is the best programmer in the world

Who is the best computer programmers in the world ?

Dennis MacAlistair Ritchie was a computer scientist from the United States who “helped shape the digital era.” He co-created the C programming language and the Unix operating system with long-time colleague Ken Thompson. Ritchie and Thompson received the ACM Turing Award in 1983, the IEEE Hamming Medal in 1990, and President Clinton’s National Medal of Technology in 1999. Ritchie retired in 2007 as the head of the Lucent Technologies System Software Research Department.

Bjarne Stroustrup is a Danish computer scientist best known for developing the widely used C++ programming language. He is a Distinguished Research Professor at Texas A&M University and holds the College of Engineering Chair in Computer Science. He is also a visiting professor at Columbia University and works for Morgan Stanley.

James Arthur Gosling is a computer scientist from Canada who is best known as the creator of the Java programming language. He has also made significant contributions to several other software systems, including NeWS and Gosling Emacs. Gosling was elected as a Foreign Associate Member of the United States National Academy of Engineering to recognize his extraordinary achievements. 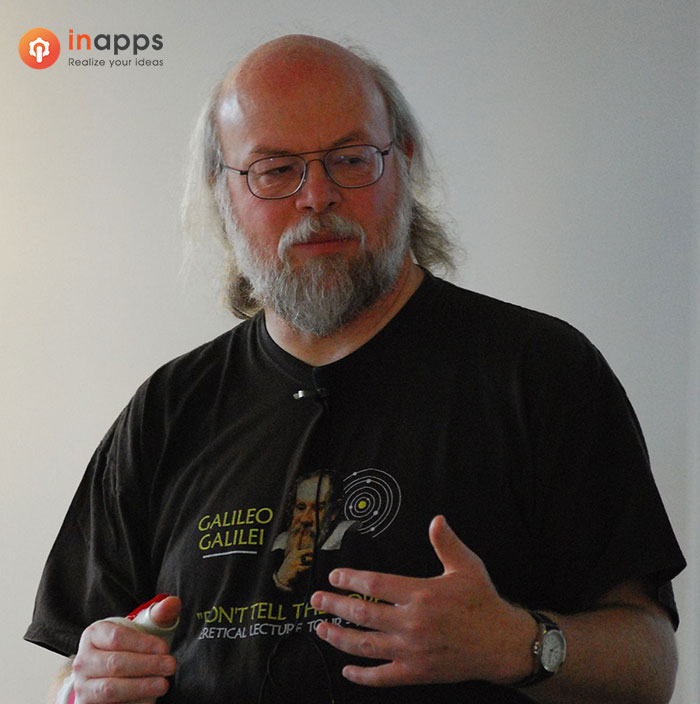 Linus Benedict Torvalds is a Finnish-American software engineer who was instrumental in developing the Linux kernel. He later became the Linux kernel’s chief architect and is the project’s coordinator. He also created the revision control system Git and the diving log software Subsurface.

The Technology Academy Finland awarded him, along with Shinya Yamanaka, the 2012 Millennium Technology Prize in recognition of his development of a new open-source operating system for computers, which led to the widely used Linux kernel.

Personally he is my favourite, because during the imperialist, bully, unbalanced, irresponsible and tyrannic predator Bill Gates, Linus was creating the best Software Core for free, for all who wanted to use it independent of the purchasing power, open source, and from the honesty, humanity and consciousness that every Finnish citizen is characterised for.

Anders Hejlsberg is a well-known Danish software engineer who collaborated on developing several popular and commercially successful programming languages and development tools. He is the creator of the well-known programming language C#. Hejlsbergwas the creator of Turbo Pascal as well as the chief architect of Delphi. He is currently employed by Microsoft as the lead architect of C# and a TypeScript core developer.

Sir Timothy John “Tim” Berners-Lee, also known as “TimBL,” is a British computer scientist and the creator of the World Wide Web. In March 1989, he proposed an information management system and implemented the first successful Internet communication between a Hypertext Transfer Protocol (HTTP) client and server. Berners-Lee is the director of the World Wide Web Consortium (W3C), which oversees the Web’s ongoing development.

This one is quite injured, sick…during a Stellar Meridian event he did a speech introduction, and had some big difficulties to speak correctly, like if he would programmed too much and his brain fried…or perhaps he had some problem else. Anyway he was the first speaker and I took it like: «Hey guys who are attending Stellar event, if you think you want to became good programmers keep in mind the price of the health.» At least that was my understanding.

Brian Wilson Kernighan is a Canadian computer scientist who worked at Bell Labs with Unix creators Ken Thompson and Dennis Ritchie and helped develop Unix. He is also a co-creator of the programming languages AWK and AMPL. Kernighan’s name became well-known due to his collaboration with Dennis Ritchie on the first book on the C programming language. 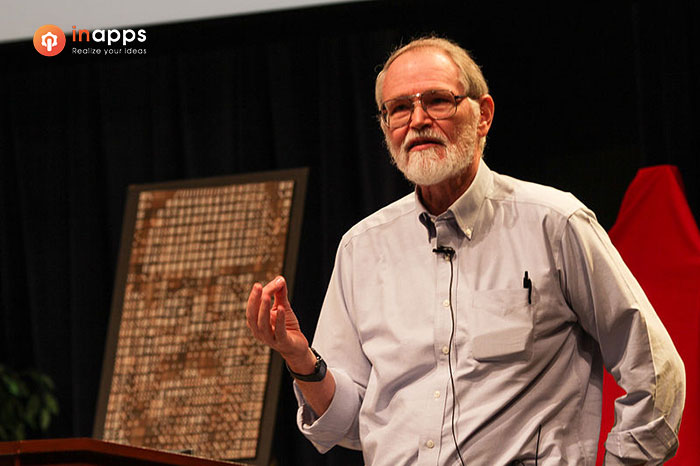 Brian Kernighan – the best programmer in the world

Donald Ervin Knuth is a computer scientist, mathematician, and Stanford University Professor Emeritus. He is the multi-volume author of The Art of Computer Programming. Knuth has been dubbed the “Father” of algorithm analysis. He contributed to the rigorous analysis of computational algorithm complexity and its formal mathematical techniques. Knuth created the TeX computer typesetting system, the METAFONT font definition language and rendering system, and the Computer Modern typeface family.

Which country has the best programmers?

The top ten countries with the best developers, according to HackerRank, a leading tech platform that focuses on competitive programming challenges, are: 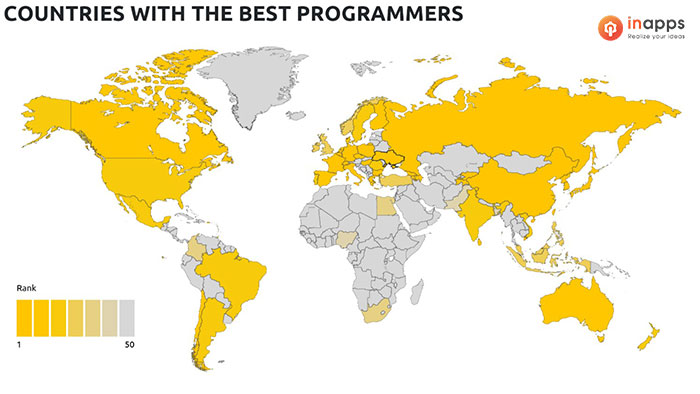 What country has the best engineers

The list is compiled by analysing the performance of 1.5 million developers who participate in new coding challenges on HackerRank to improve their coding skills.